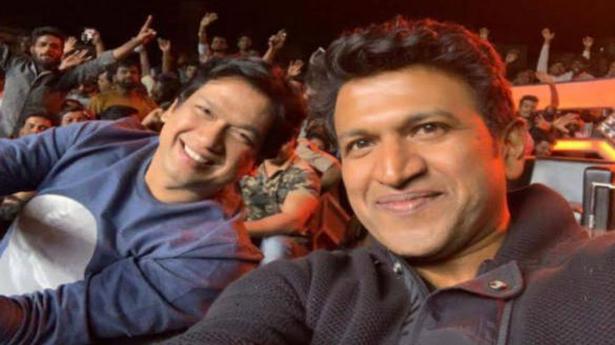 The tributes appear to focus on late Kannada star Puneeth Rajkumar, who recently passed away. Fans still play his songs from popular movies, including “Bombe Helutauithe”. The song was originally written by Santosh Anand for his directorial business. Rajakumara, with Puneeth. Composed by V Harikrishna, the song is sung by Vijay Prakash.

The lyrics sound prophetic and have become synonymous with homage to him. Fans across the border in Pakistan are also singing the song and posting it on their social media platforms. During the tribute to Puneeth hosted by the Kannada Chalanachitra Academy, the crowd went crazy when Vijay sang this song, asking him to perform it several times. Excerpts from a conversation with the singer:

Your song for Puneeth was a chartbuster. It has now gone viral and the lyrics seem to speak differently to today’s listener. How do you feel about it?

I have mixed feelings for the song. It wasn’t that long ago that Appu (Puneeth) and I shared the stage for this song. In fact, we sang it together as a tribute to his father, Dr Rajkumar, whom we named Annavaru. Even in my dreams, I never imagined that I would sing this song in homage to Appu. Obviously, it doesn’t make me happy when I think about how unhappy he has reached corners of the world.

The song has become synonymous with a tribute to Puneeth …

Certainly, it became a tribute to Appu, who lived his life to the fullest in a short span of 46 years. What a man hasn’t been able to do in 100 years, Appu has done it all in his short life – as a philanthropist and an actor. He has gained fame and friends across the world, serving art and social causes. It is only now that we realize the extent of the good work he has done. With a heavy heart, I also dedicate the song to Appu.

The quality of the lyrics, the composition and your voice now seem to draw to people’s hearts … What has changed about the song?

The song is still the same. The “before and after” aspects changed the whole perception of the song. What has changed is that Puneeth is no longer with us. Until now it was just a song and now it’s become a description of the life he lived. The song crossed borders and became an emotion.

Music travels regardless of the language. It reaches and touches many people … that’s the beauty of music. Thanks to the Internet, a song composed in one corner of the world can reach the other corner a few seconds after its release. If the song has touched that person, who so sweetly put together their version and people are hooking into it, that’s the power of art. I believe musicians should use their art to unite people.