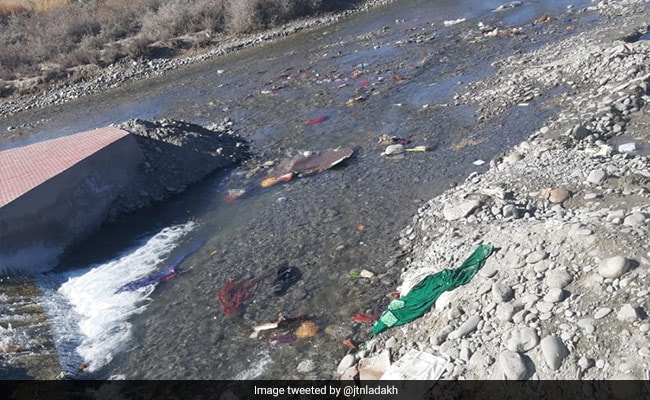 Pilgrims found throwing trash will be fined 500 rupees, according to the notice.

An opinion was issued after Ladakh MP Jamyang Tsering Namgyal expressed serious concerns about the region’s pollution and called it “inhuman”. Welcoming the pilgrims, he asked “Will the goddess Sindhu be happy with this behavior of the faithful?”

Welcome to all Ladakh pilgrims who accomplish #SindhuPushkar according to their belief but strongly condemn the inhuman behavior of some of them who pollute the clean environment by throwing garbage on the knees of the Sindhu.

On Tuesday, the BJP MP tweeted photographs where several plastic bags and bottles could be seen dumped in and around the Indus River.

Thousands of pilgrims are in Ladakh for the pilgrimage. Mr. Namgyal had urged those who visited Ladakh not to pollute “the clean environment by throwing garbage”.

The Sindhu Darshan Festival is a three-day event celebrated in June every year. However, this year the festival has been postponed due to the pandemic. The festival recognizes the Sindhu (Indus) River as a symbol of unity, peaceful coexistence and community harmony.

It was not the first time that Mr Namgyal urged tourists to respect the culture and beauty of Ladakh. Earlier in July, he sent a stern message to those visiting Ladakh: “This is our home, not your trash”.

Packets of crisps, empty plastic bottles and plastic bags are now becoming commonplace in the popular tourist destination. The increase in footfall to the region after the restrictions imposed due to Covid were eased has also contributed to an increase in pollutants left behind by visitors.