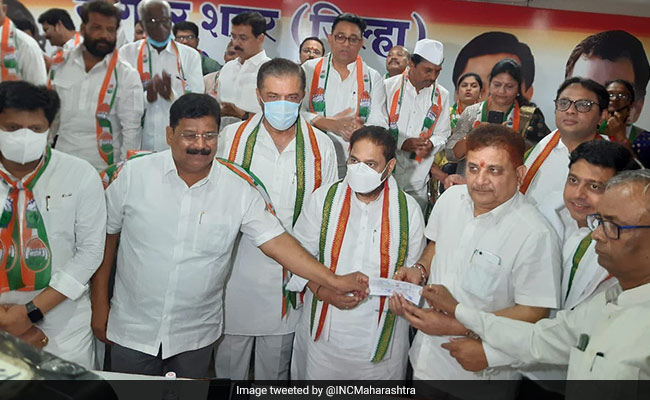 A day after severing her 34-year association with the BJP, Ravindra Bhoyar, a former RSS volunteer and serving corporator from Nagpur, filed his candidacy today as a candidate for the local constituency congress for the upcoming elections in the Legislative Council of Maharashtra.

Mr Bhoyar’s candidacy for the next elections was announced by Congress late last night.

The quadruple corporator had been associated with BJP for 34 years. He had been deputy mayor of Nagpur in 1997. His father Prabhakarrao Bhoyar had been a pracharak of the RSS from 1949 to 1956 and had been imprisoned during the state of emergency. Bhoyar’s superior had held various positions within the RSS, headquartered in Nagpur.

Ravindra Bhoyar had said senior leaders like him had been sidelined from the BJP in recent years. He said he was isolated by the BJP leadership, which forced him to resign.

Mr Bhoyar said his family had been associated with the Sangh for over 70 years. “But I am leaving the BJP with a heavy heart for my self-esteem. I will stay with Congress until the end,” he said.

Maharashtra’s biennial Legislative Council election will be held on December 10 in five local authority constituencies for six seats due to the retirement of sitting members.

The counting of the votes will take place on December 14.

The six seats become vacant for Mumbai (two seats) and one seat each for Kolhapur, Dhule-cum-Nandurbar, Akola-cum-Buldhana-cum Washim and Nagpur.