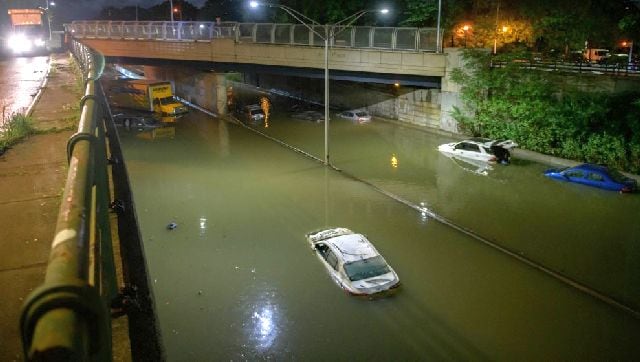 It is 2021 and climate change is more real than ever. Temperatures are rising, glaciers are melting, and many cities may soon be underwater. And that’s not improving – even in the most optimistic scenario, where global greenhouse gas emissions are starting to decline right now and are reduced to net zero by 2050, global temperature will still peak at – above the 1.5 degree threshold before falling.

Flood cycles caused by heavy rainfall and increased droughts due to increased evaporation, are potentially what India’s climate future will look like as the world prepares to exceed the 1.5 degree ceiling Celsius for global warming by 2040, according to a UN report. .

On the other side, in West Bengal, following unprecedented devastation after two cyclones, Cyclone Amphan and Cyclone Yaas, the inhabitants of two Sundarbans islands – Ghoramara and Mousuni – were brought to safety by the government of West Bengal as tidal waters and precipitation pose a serious risk to their lives as much of their property has already been reclaimed by the sea in July 2021. Man and animal have cohabited on these islands, but climate change has put a question mark on the existence of the Sundarbans itself, which is also on the UNESCO World Heritage List.

According to a climate threat assessment report released by the Center last year, the Bay of Bengal region where the Sundarbans are located is one of the most climate-sensitive areas in India, the increase of sea level and floods presenting the greatest risk. An analysis of data between 1891 and 2018 showed that the Bay of Bengal region was hit by 41 severe cyclonic storms and 21 cyclonic storms during the given period. All of these events happened in May.

A new study from Climate Central, a nonprofit research group, shows that around 50 major coastal cities will need to immediately take “unprecedented” adaptation measures to prevent rising seas from swallowing them up. On its new coastal risk scouting tool, where projections show which cities are at risk of being below sea level up to 2150, even the closest representation to 2030 paints a dangerous picture for some Indian cities – especially in the states of Maharashtra, Gujarat, Kerala and West Bengal.

According to the website, the Coastal Hazard Scout Tool is “an interactive map showing areas threatened by sea level rise and coastal flooding. Combining the world’s most advanced model of coastal elevations with the latest projections for future flood levels. From the map itself with the marker on 2030. This is what it looks like for the year 2030.

Here is an overview of the areas that will be below tide level by 2030:

This map shows how parts of Mumbai, almost all of Navi Mumbai, the coastal areas of the Sunderbans and the surrounding areas of the capital of West Bengal, Kolkata, as well as Cuttack in Odisha, could be below tide level in 2030. 2030 is only 9 years away – and the future is imminent if sea levels keep rising. Also for Kerala, the area surrounding Kochi and other coastal towns, the threat of being below tidal level is considerably high according to map data.

For the year 2120, in nearly a hundred years, the situation looks even worse, with almost all of the surrounding coastal towns in India marked in red and destined to be below tidal level.

Making an ambitious pledge at the Glasgow climate summit, Prime Minister Narendra Modi said on Monday that India will achieve net zero carbon emissions by 2070. While delivering the national speech as the “representative” of the countries in development, Prime Minister Modi presented a five-point plan. or “Panchamrit” to fight against the devastating effects of global warming and climate change.

‘Net zero’ emission refers to a scenario in which the amount of greenhouse gas produced is the same as the amount removed from the atmosphere, using strategies such as planting trees and deploying trees. advanced technologies to capture carbon dioxide. China has said it will meet this target in 2060, and the US and EU are aiming for 2050.