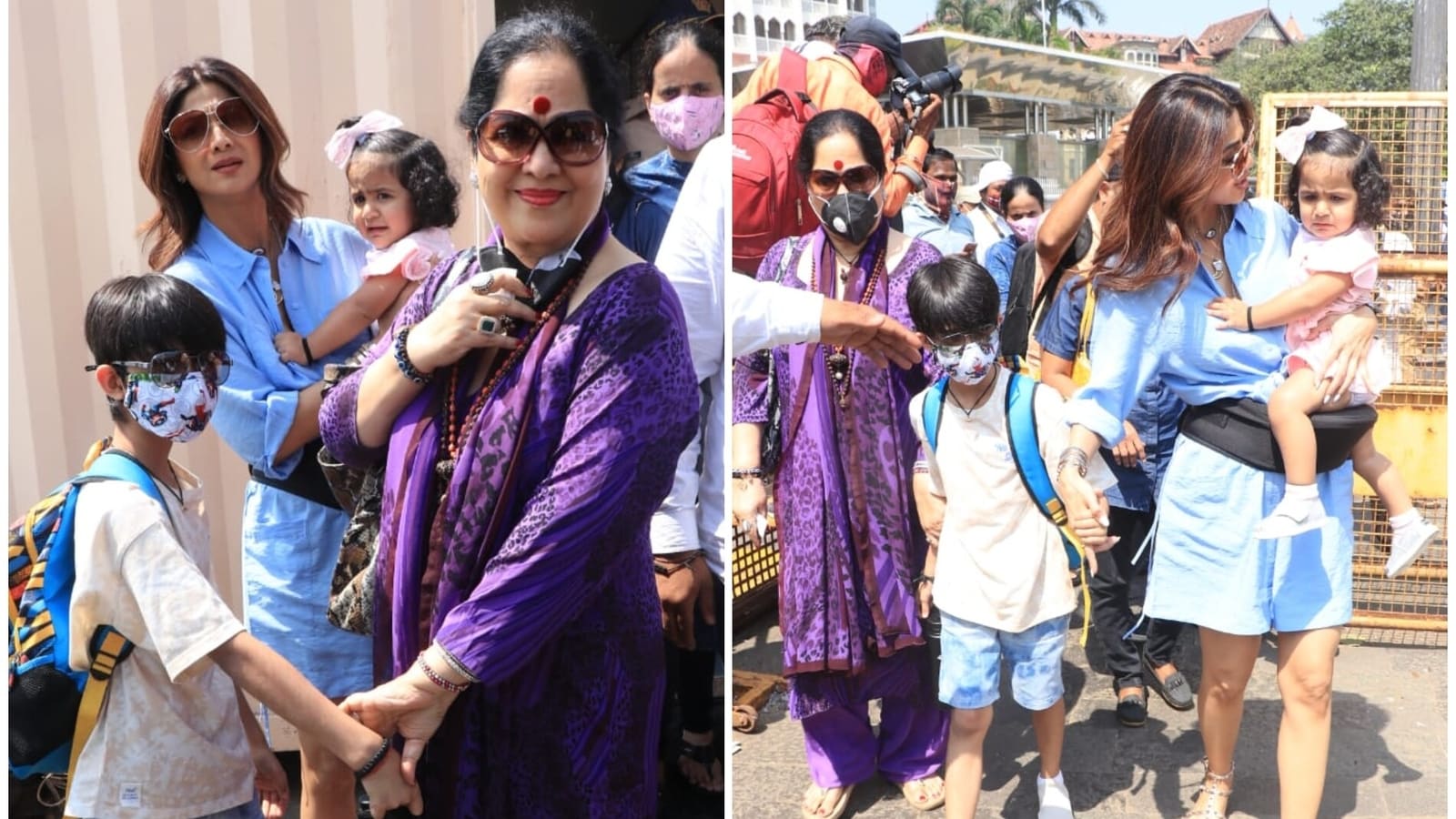 Shilpa Shetty went on a trip to Alibaug with her family. She was seen taking the ferry to Mandwa Jetty. While she was accompanied by her mother Sunanda Shetty and her children Viaan and Samisha, her husband Raj Kundra did not join them.

Shilpa wore a blue shirt dress and carried Samisha, wearing a pink dress, in her arms. She even greeted the paparazzi. Viaan kept it casual in a white and beige t-shirt, which he paired with blue shorts with a tie-dye pattern. Sunanda, meanwhile, opted for a purple salwar kameez.

Raj has kept a low profile since being released from Arthur Road Prison last month. He’s out on bail in a pornography case. He was arrested in July for his alleged involvement in the production and streaming of adult videos.

Raj was convicted under the relevant sections of the Indian Penal Code, the Information Technology Act and the Indecent Representation of Women (Prohibition) Act. He was accused of being the “main facilitator” in the case.

Shilpa, in her only statement on Raj’s case, said that although it was a “difficult” time for the family, she had full confidence in the Mumbai police and justice system. She also urged everyone to respect their family’s privacy for the sake of their Viaan and Samisha children. “We don’t deserve a media trial. Please let the law take its course, ”she said.

In July, Shilpa made her acting comeback after several years with Priyadarshan’s comedy Hungama 2, starring Paresh Rawal, Meezaan, Pranitha Subhash and Ashutosh Rana. Her next outing is Nikamma alongside Abhimanyu Dassani and Shirley Setia.

Besides the films, Shilpa will also be seen as a judge on the reality show India’s Got Talent. The show will air on Sony Entertainment Television.