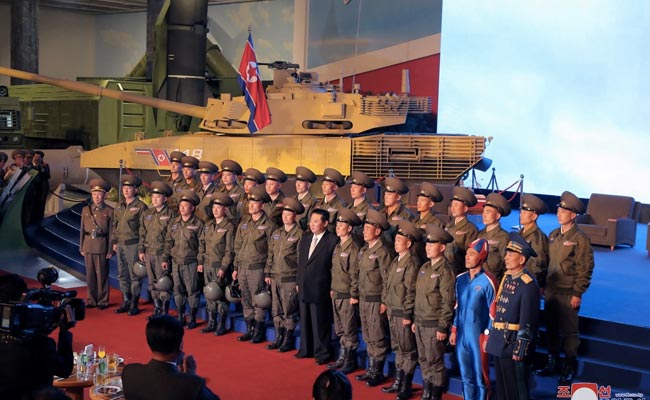 A North Korean paratrooper lit up social media with his shiny blue jumpsuit as he posed with ranks of olive-clad military personnel and Chief Kim Jong Un after jumping during the opening ceremony of an exhibition of defense.

“Rocket Man”, “Captain DPRK” and “Human Cannonball” were some of the names admiring Twitter users gave the unidentified skydiver who brightened up generally boring official events in North Korea or the Democratic People’s Republic of. Korea (DPRK). as it is officially known.

State media showed the paratrooper, who also wore a multi-colored helmet and white sneakers, descending from the sky with the flag of the ruling Korean Workers’ Party during the opening ceremony in Pyongyang on Tuesday.

A seemingly impressed Kim was shown looking on with a smile.