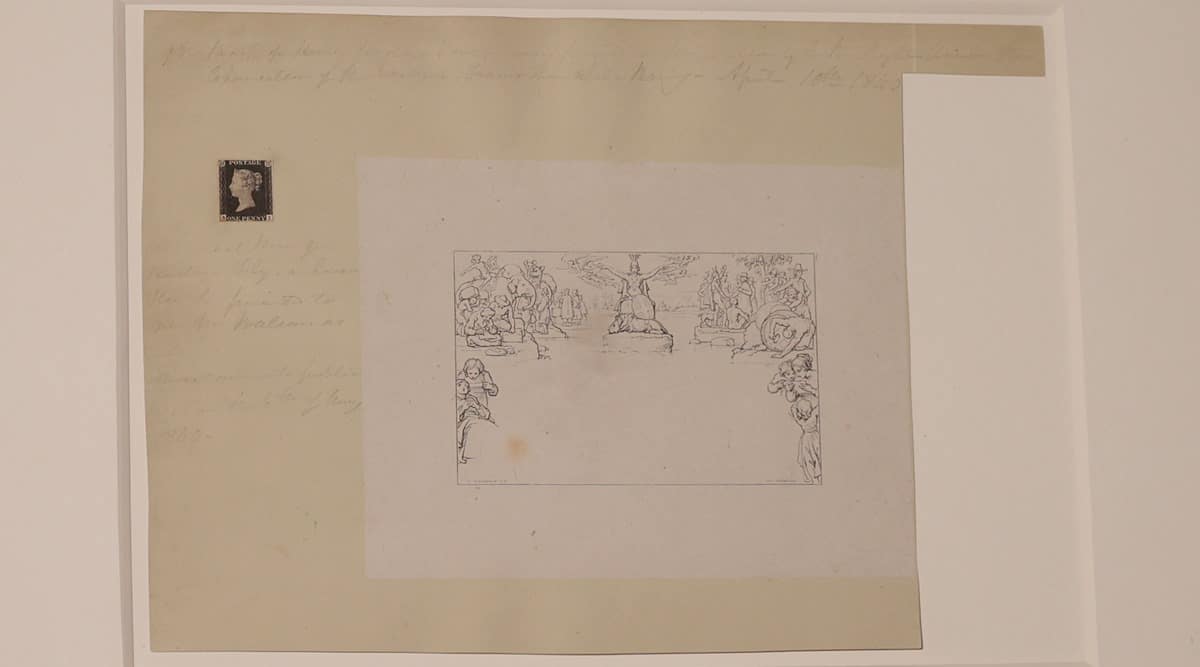 An example of the world’s first postage stamp, the Penny Black, is up for auction, Sotheby’s said on Tuesday, with a price estimate of up to $ 8.25 million.

Dating from 1840, the object is “the oldest copy of the first securely dated postage stamp”, according to the auction house which will present it at its “Treasures” sale on December 7.

The adhesive stamp, which features a profile of Queen Victoria, is attached to a document dated April 10, 1840, from the archives of British Postal Service reformer Robert Wallace, a Scottish politician. The Penny Black, which introduced a flat rate, was used from May 6, 1840. Before that, the recipient paid the postage.

“This is the very first stamp, the precursor of all stamps, and unequivocally the most important piece in philatelic history in existence,” Henry House, director of Sotheby’s Treasures Sale, said in a statement.

“While there are many extremely important stamps in public and private collections around the world, it was the stamp that started the postal system as we know it.”

The stamp is one of three Penny Blacks that are believed to have survived from the very first sheet of stamps printed. The other two are in the collection of the British Postal Museum.

Dating from 1840, the object is “the oldest copy of the first reliably dated postage stamp,” according to the auction house. (REUTERS / Hannah McKay)

“The fact that Wallace signed, dated and issued his note… confirms that this is the very first example of a postage stamp, which of course all countries are now using,” owner Alan Holyoake, man, told Reuters. businessman and philatelist. .

Holyoake came into possession of the Wallace document about ten years ago. He undertook a three-year research project to determine its authenticity and the stamp has certificates from the Royal Philatelic Society and the British Philatelic Association. Black Americans Less Likely to Lose Hearing as They Age