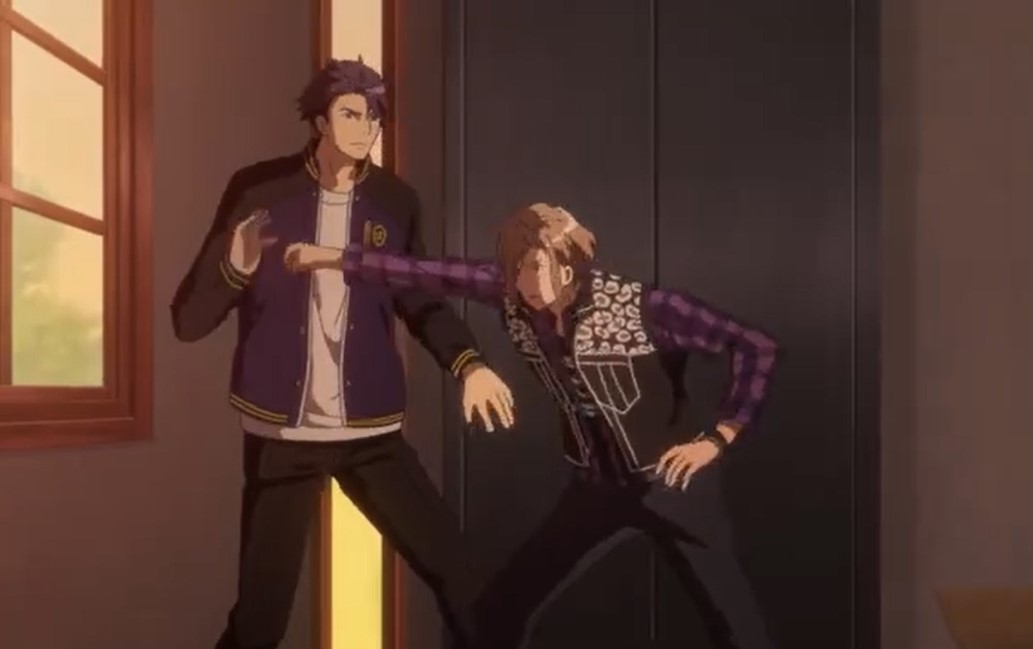 Izumi is with Muku and Yuki they have noticed that no one is coming. Izumi said she has scouted two prospective members. Yuki replied that they might be pulling from people Izumi knows. Ten-man asks if they know them Izumi said yes and she is not sure if one of them is going to show up or not. Omi shows up and Kazunari asks him if he is one of the scouted. The guy who shows up asks if his nickname is Omimi and Muki calls him Omi.

He then greets her while Taichi also enters and greets everyone. Taichi said that he has a zip acting experience but he is here to impress the ladies. Kazunari went near him agreeing to what Taichi is saying. Taichi thought that Yuki was a lady trying to impress him. When he finds out the truth he falls on his knees with disappointment that he was ready to show the acts of theater troupe love affair. Yuki told Taichi that he must not get his hopes high. Ten-man asks Taichi if they have ever met and Taichi reveals that they attend the same school.

Previously on A3! Season Autumn and Winter Episode 1

Taichi said that he already knew Ten-man and nicknamed him Tenny. Izumi went to Omi and thanks Omi for coming and ask him if he is here for the audition as an actor. Omi replied yes saying that to be an actor has become his dream. Another guy shos up and Yuki asks who is that the standard gangster. Muku replied that it is Jucha who said he is not here to talk. Jucha asks if this is the place where the auditions are going to take place. Izumi replied yes he is at the right place and asks if he is here for the auditions.

Jucha said yes and she told him to fill out his name and the reason for the auditions a form.  Juza shows up and he is the rivalry of Jucha they both wanted to square off. Izumi breaks them and told them to calm down. Taichi reveals that Juza is the third-year student and a top dog who has never been defeated in a fight. Later the auditions started while Jucha and Juza are on a staredown.

Izumi told them to stop and focus on the auditions. Juza said anyone will pass if he passes. Jucha said Juza is not interested in acting and he is a dropout. After the auditions, Jucha and Juza got involved in a fight. Before the fight Juza teases Jucha that he can’t act with his face just like that. When they are busy fighting and they were about to knock each other out Omi came and break the fight. Omi told them that dinner is ready. Taichi said Omi is a superhero looking at how he is holding two guys in one hand.

With these latest updates about the upcoming episode of this Anime that’s start this week. Next week Tuesday we hit again with another latest updates. That’s what we have to offer for this week.

The World Ends With You The Animation Episode 8: Preview and Recap

Dragon Quest: The Adventure of Dai Episode 34 Preview and Summary

‘The Seven Deadly Sins: Judgment of the Dragon’ All Episodes will stream on Netflix!

‘The detective is already dead’ Tantei wa Mou, Shindeiru – Plot and other details